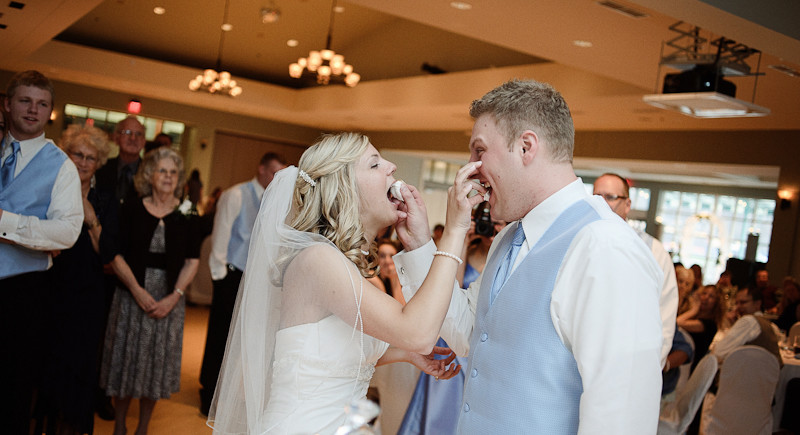 As strange as it may sound, rules are actually kind of a tricky thing. Of course, making rules is one thing; however, trying to follow them without being a damper is another whole story. You’re throwing the party of the century, and, understandably, want it to be the greatest event that your guests have ever attended, but you don’t want to make a giant announcement of the dos and don’ts of the venue and kill the entire vibe.  So, even though you’ve studied the rules inside and out and are following them to the T, how do you make your guests do the same? Well, luckily for you, we have already thought of four ways to (sneakily) get your guests to follow the rules, without becoming a dictator of the entire evening.

Get some people on your side! Let some of your close friends, or even the wedding party, be the rule people. The more people there are following the rules, the less likely someone is going to break them (and the less likely you’ll sound like a crazy dictator). If your venue has a “No glassware past this point” sign, get your rule homies to follow it. If your wedding party is following, other people will feel awkward if they are the only ones trying to do something against the rules.  Not only will they help you get others to follow the rules and do the same, you won’t be the only one barking rules at people, which will let you have a lot more fun, and make the whole night go over much more smoothly.

Example time: You hear that someone coming to your party is planning to sneak in some adult beverage- what do you do? You blame the venue! Most places don’t let you to being in any outside alcohol because they can get their liquor license revoked, so just say that. You can throw the blame on us, that’s what we’re here for. Remember when you were younger and you would just say that your mom needed you to clean so you couldn’t hang out with your friends? You knew you could, but you just blamed your mom so your friends wouldn’t get mad at you. We can be your mom (In a completely professional way)!

This one is a little scary, but it will be so worth it in the end.  Let’s say that your Aunt Carol has some pretty rowdy, sneaky teenagers whose main goal through this whole wedding are to get some drinks from the bar. Not only is that super illegal, but it can also put a damper on your entire night. Just say that you’re talking to all parents with underage kids, and that you’d really like them to just reiterate to the teens that drinking will not be tolerated and that it will really mess up the night. Trust us; the last thing you want is to have your signature cocktail pulled from the bar because some kids wouldn’t listen to the rules.

Double check everything! It never hurts to look once more just to make sure you’ve got the rules down. Maybe looking through them again you realize that bringing in an outside snack isn’t allowed, so good thing you caught that before you ordered all those tacos (Lucky for you, Shadowland lets you bring in late-night snacks like pizza). Sometimes in the blur of all things wedding, it can be easy to overlook little things in the fine print, so just make sure to give it a quick glance after your meeting, and before your wedding!

Remember, almost all of your guests will be fine. Most of the time, it is only one person who is trying to bend all the rules and sneak stuff in, so just remember that. If you do end up having to speak with someone, it won’t ruin everyone’s night. It’s best to address a something as soon as you see it: People will always have fun, and you’ll have a much better time if you stop something as soon as you can, before it becomes a huge problem.  With these few tricks, you can help avoid the awkwardness of making sure your guests follow the rules, while not sounding completely insane. Rules are in place for a reason, and the reason is usual in your favor. So go out there, and throw an amazing party, and if anything goes wrong just remember this: we can be your completely professional mom.